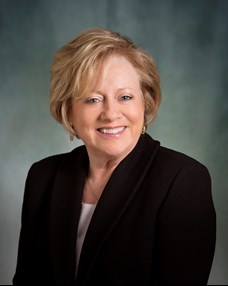 Jeanne Evans-Cox began her career as the Chief of Staff to Second District Congressman Owen Pickett of Virginia during the time he was a member of Congress from 1986 to 2001. She managed a staff of 21 people in three offices, Washington, D. C., Virginia Beach, and Norfolk, Virginia. Since Congressman Pickett served on the House Armed Services Committee, Jeanne specialized in military appropriations, procurement and quality of life issues for service members and their families. She focused on Morale, Welfare and Recreation issues and worked with appropriators and military families on military health care benefits for both active duty and retirees. Working closely with all major military commands and professional staff members of the Armed Services Committee, she monitored issues affecting the Congressman’s congressional district as well as maintaining oversight over pending threats to alter benefits to service members and families. Jeanne was active in four Base Closure and Realignment Commission Hearings providing input and information when military installations or tenant commands within Virginia Beach and Norfolk, Virginia were affected.

After the retirement of Congressman Pickett in 2001, Jeanne served as the Executive Assistant to the Superintendent of Virginia Beach City Public Schools, Dr. Tim Jenney. In that capacity, Jeanne was responsible for crafting School Board directed policies and regulations, followed both State and Federal legislation affecting public education, was responsible for Freedom of Information requests, and worked with administrators, school principals and educators in crafting workable solutions to issues.

Beginning in 2007, Jeanne served as the Regional Representative for U. S. Senator Jim Webb for four years where she continued to specialize in military readiness issues. She provided outreach to the communities of Norfolk, Virginia Beach, Chesapeake, Portsmouth, Suffolk, Isle of Wight Smithfield, and all counties south to the N. C. line. Jeanne also worked with local elected and appointed leaders on issues such a transportation, environment, immigration, federal appropriations, federal grant opportunities, military procurement, and other issues of importance to the communities, keeping an open line of communication with the Washington, DC office and the community.

Jeanne has or currently serves on the following boards:

"This 501(c)3 entity was formed by the CBDA Board of Directors to support CBDX's "X Scholarship" fund for Princess Anne High School seniors participating in CBDA's annual Internship Day program and to provide gifts to local non-profits. In addition to contributing to the enrichment of our community, one of the goals of the Foundation is to increase public awareness of the X scholarship."

Tupelo Honey
Restaurants and Catering
Tupelo Honey is a revival of Southern food and traditions rooted in the Carolina mountains we call home. Our recipes are simply crafted and made from scratch with responsibly sourced ingredients that bring the best of every season. For over 15 years, we have infused our Southern spirit into every bite. At Tupelo Honey, we create breakfasts, lunches and suppers that invite you to put on your Sunday’s best and gather around the table for gracious and delicious Southern food.
View All Members